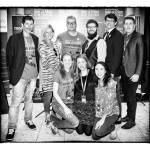 Well, that’s another IOMFF done and dusted. We ‘wrapped’ on Sunday evening after five days worth of events that went well beyond our expectations; everything from music documentaries to silent cinemas, BAFTA winning Directors to fringe events. A large number of the events were sold out in advance, the rest were all very well attended. And the feedback from everyone has been fantastic! (Check out some of the Feedback here)

But the festival would not have happened were it not for a large group of very important people, so in this post we’d like to thank our moms, our dads, and:-

OUR PEOPLE: please check out the biogs of our IOMFF “Heads of Department”, all of whom worked extremely hard over the past 6months (and more) to make this event this success it was, and a number of whom haven’t slept for the past 6weeks… 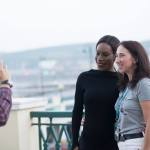 Lorraine and the team at the beautiful Ballahowin cottages, who hosted a number of our visiting guests and all of whom RAVED about their stay. And  Shoprite Isle of Man who gave us some food vouchers which helped us stock the gorgeous cottages! 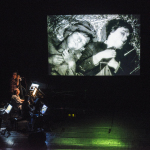 DodgeBrothers and Beggars of Life, by Steve Babb

Our media partner 3FM for the ad spots and the fantastic pre-and post-fest coverage; also our marvellous media gatherers, who worked their socks off before, during and event after our events, and whose work is vitally important to the image and future of the festival: Steve Babb of BabbPhotography ; Nick Coole of CoolEdit; and Dave Silvester of The Studio Colby

Nadine at Secret2Media, who gave a ridiculous amount of time creating an incredible online presence for us via social networking, and also acted as our completely lovely PR Liaison during the fest itself.

Steve Redford and Emma Cooke of Gallery magazine, for the double page spread and related film features in their gorgeous glossy mag and Marian Kenny of Manx Radio for her superb coverage.

Bruno Cavellec for his wonderful poster art, which created the theme for the entire festival; much like last year, it is unique, beautiful, extremely filmic and looks fantastic on all of our artwork and our 2014 TShirts! 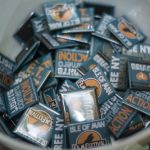 OUR VENUES: Sean, Seamus, Fiona and all the staff at the beautiful Gaiety Theatre and Broadway Cinema, and to the wonderful folk that run the independent cinemas at Patchwork Cafe, Bath & Bottle and Mother T’s

Phil, Laura and Jamie at Bath & Bottle for hosting our Press Launch – and for looking after Mark and the Dodge Brothers so well one night… *ahem*. 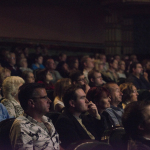 You The Audience! by Steve Babb

Andy and the team at The Courthouse for hosting our wrap party – hopefully we weren’t too rowdy Andy!!

Port Security at The Steam Packet for allowing our Men-In-Sheds created full size MannIN Shorts Shorty character to live there for the duration of the festival.

OUR SHORTYS! The dedicated team of volunteers, headed up by Shawn Sturnick, who were present at all events in their IOMFF TShirts, informing folk, setting up rooms, giving out tickets, selling TShirts and generally being the smiling faces at the ‘front desk’. 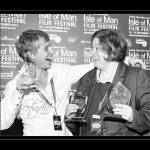 THE FILMMAKERS: there wouldn’t be anything to show you without them! We are still in shock at the number of entries we had to this year’s film competition, and the standard was exceptional. We’re very proud to have our IOMFF laurels associated with the winning films and wish all the filmmakers the very best for their undoubtedly shining careers.

YOU, our audience. Without whom there wouldn’t be much point really, would there? So from the bottom of our rather large hearts, we want to thank you for turning up; your support means we might just be able to do this again next year. But only after we hibernate for the entire winter period…

SOME 2014 FESTIVAL FEEDBACK (there’s more on our Facebook Page):

“I had a beautiful evening, IOM and IOMFF have my heart” – AMMA ASANTE. (NB: Mark Kermode even convinced her to promise to sing the Isle of Man’s national anthem if ‘Belle’ wins an Oscar!)

“It’s a matter of making the Island feel that it is part of the global filmmaking community, for people to think of it as a destination to come and talk about films, show films and meet other filmmakers”  – MARK KERMODE

“An unforgettable week of film, creative people, and fantastic event organisation. Well done to all involved!”

“The Saturday night with Mark Kermode was just ace. The musical accompanment to the silent film was just so much more than I expected it would be. Just wonderful.”

“All the events were excellent — the right mixture of high quality art and entertainment — and no shortage of fun moments too, thanks to some talented special ‘guests’ who added a valuable human touch to the proceedings. I’m glad I was around to enjoy it — big thanks to everyone involved !”

“Had the privilege of watching the short listed films, really amazing stuff. Funny, heart warming, informative and some really original ways of viewing the world.”

“Belle is a surprising and deeply moving film made even more so by Amma’s beautiful, insightful and enthusiastic presence. It felt like a huge privilege from start to finish. “