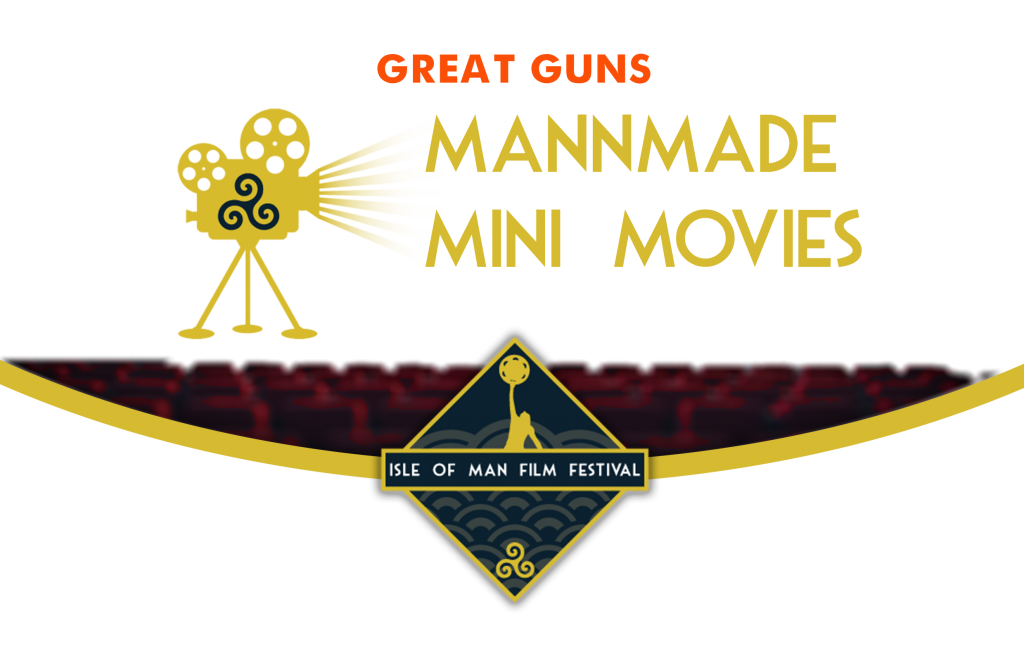 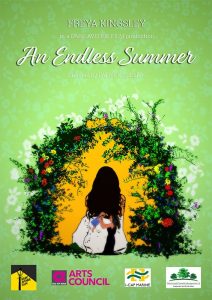 A new mother has spent longer than expected with her baby daughter due to the Covid lockdown – but now she must confront the post-pandemic return to work. A docu-drama filmed 100% remotely during the coronavirus lockdown. 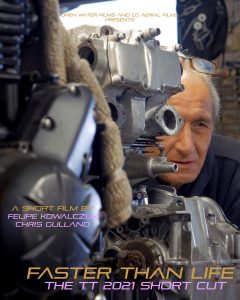 Directed by Felipe Kowalczuk and Chris Gulland
Dave Madsen-Mygdal is the first rider to finish 100 Isle of Man TT Races. Nearly turning 65, his plans on retirement are postponed in the face of a global pandemic.

Directors Felipe Kowalczuk and Chris Gulland decided to show their vision on the pandemic against the backdrop of this unique event.

This short provides a boost for the ‘Faster than Life’ documentary to be released in 2022.

Amazing stories about road racing, motorcycles, overcoming, passion, and unique ways of facing life – all this against the backdrop of the COVID-19 pandemic on the Isle of Man and the efforts made for all Manx people to overcome it. 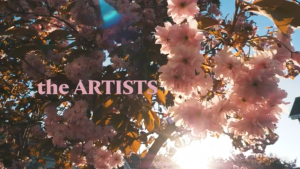 Directed by Felipe Kowalczuk from OpenWater Films, with the Isle of Man Arts Council

A Short film shot during lockdown about the cherry blossom trees that bloom outside his house. Felipe found that Lockdown was hard for creativity, and he wanted to highlight what everyone was feeling, trying to find the good in the little things. Capturing a unique moment in our history, Felipe’s has one message about the film: “Please share it, and let us remember the sacrifice we all took to keep our community safe.” 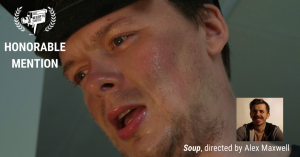 Written, Produced and Directed by Alex Maxwell at Glass Line Media
‘SOUP’ is a 3 minute comedy short answering the question “What if the spoon was never invented?”.
Entered as part of AGBO’s “No Sleep ‘Til Film Festival”, – headed by the Russo Brother’s of “Avengers: End Game fame” – ‘SOUP’ had to be written, shot, and edited within 48 hours – though due to the time difference between the Isle of Man and California, where AGBO is based, it was closer to 38 hours – with the prompt “…take something from our reality and bend it, remove it, twist it, or question it.” Written in roughly an hour, shot in 4, and edited and colour graded in the remaining time, ‘SOUP’ was selected as 1 of 12 honourable mentions in the competition which had over 700 entrants. Starring Jack Divers and Alex himself, ‘SOUP’ was described as “super creative, well written and hilarious”, with Jack being described as ”the Tony Stark of making spoons!” 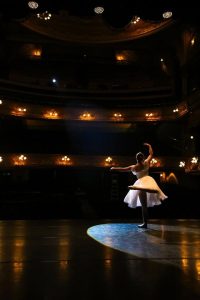 Written and Directed by David Dawson
Limelight was written during the Islands first COVID-19 lockdown by David Dawson under local theatre company Three Legs Production. David is well known within the Islands Theatre community but has stepped in front of the lens on occasion. He also directs and stars in this short.
Filmed over 4 days with a local cast and crew, David’s love for the Gaiety Theatre is captured as this film sends birthday wishes for the Gaiety’s 120th birthday.
With themes of love, dealing with loss and a mans mental health at the heart of this film, Limelight hopes to give the audience a chance to pause and think. Using an Eva Cassidy cover the film holds a beautifully haunting piece of music at its heart. 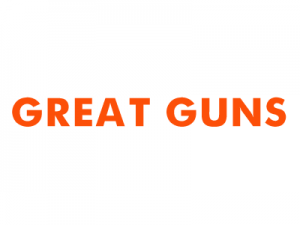 Alongside our MannMade Mini Movies, there will also be an opportunity to see some of the content made by the festival’s headline sponsors for 2021, global media production company ‘Great Guns’. With offices in the Isle of Man, they have a well established and emerging roster of directors, producers, still photographers, editors, designers and creatives around the world.

Not only do they use the medium of film to promote huge clients such as Amazon, Aston Martin and Nike in a brilliantly creative way, they also work with top international directors to make narrative short films that win multiple awards.

We’re thrilled that Great Guns and Director Erica Eng have agreed to screen the powerful film ‘Americanized’. Much more than your average coming of age film, this many layered autobiographical short is a portrait of self discovery for a seemingly confident teen who is, in reality, grappling with cross-cultural relationships, self identity and acceptance.

Laura Gregory will be attending the event on Sunday and – along with introducing ‘Americanized’ – will talk to us about their work and give us a preview of some of the superb branded content they have been working on, including the latest campaign for Barclays FA Women’s Premier League. 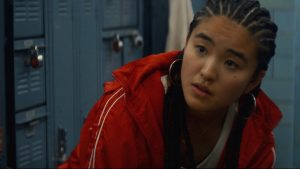 Growing up in Oakland’s hip-hop culture, Eng struggles with her Chinese American identity. To her high school basketball team, she’s just that girl who sits on the bench, but to the Asian kids she’s “Americanized.”

Erica Eng is a fifth-generation Chinese American director based out of Los Angeles. Her films have screened at Atlanta Film Festival, Urbanworld, and HollyShorts among others. “Americanized” took home a Special Jury Award at Palm Springs International ShortFest and won “Best Short Film” at Bentonville Film Festival. The film is based on her experiences playing high school basketball and became Oscar-qualified after winning “Best Dramatic Short” at Cinequest.

Inspired by her Oakland roots, Erica creates work that reflects the diverse community in which she grew up. Her combined background in film and dance influences the rhythm and energy behind her emotional storytelling. Through her character-driven films, Erica creates stories that explore themes of cross-cultural relationships, acceptance and self-discovery. 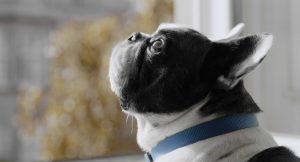 (OR: THE MELANCHOLY RUMINATIONS OF A SOLITARY FRENCH BULLDOG)

Written and Directed by Rupert Clague and Tom Gentle

Can be thought of as a comedic short adaptation of Jean Paul Sartre’s Nausea told from the perspective of a dog.

co-written & directed by filmmakers Rupert Clague and Tom Gentle in the depths of lockdown. The Director of Photography was Alan McLaughlin and the Editor was Mark Fraser. The film features an original score by renowned composer Erwann Kermorvant.

The filmmakers believe that this is the first film to ever employ ‘doggie vision’ – the colours reflect how dogs truly see the world! 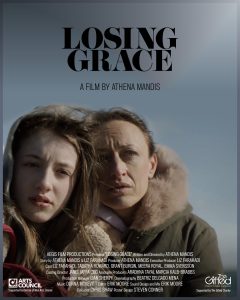 Written and Directed by Athena Mandis

This short film is about a mother forced to flee from her abusive partner with her daughter finds short-lived refuge, until she is unwittingly tracked down, with dire consequences. 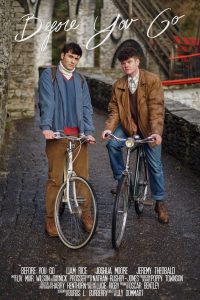 Directed by Lilly Dommart, Screenplay by Burbs L. Burberry
Starring Liam Rice, Joshua Moore & Jeremy Theobald
Before You Go’ is an LGBTQ+ Coming of Age film set in 1972 here on the Isle of Man, where homosexuality wasn’t decriminalised until 1992, a quarter of a century after it was decriminalised in the UK in 1967.

The story follows Jack, who struggles to tell his best friend Eddie that he is in love with him.

Behind the film is Harry Henthorn, a Laxey-born award-winning cinematographer, photographer, and filmmaker. An alumnus of the University of York’s Film and Television Production BSc course, Harry worked on numerous projects on the Island and in the UK, before spreading his wings to work internationally in the Caribbean, Meditteranean, and United States. He recently started Grumpy Goose Media, a production company based in Manchester with his Girlfriend Poppy, who he met while filming Before You Go. 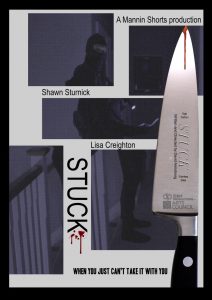 Written and Directed by Dave Armstrong
Starring Shawn Sturnick & Lisa Creighton
Spencer doesn’t get out very much, not with his dad being sick and all. And just when he thinks the planned burglary will be a sure thing, he finds that the dark, empty, luxury house ain’t as empty as he’d been promised.

One thing’s a dead cert. His new career as a nimble gentleman thief was about to come to a sticky end. 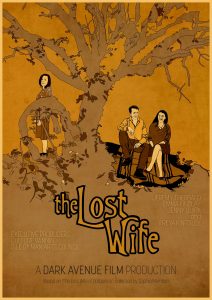 Written and Directed by Patrick Crellin & Bethany White
William is a farmer in the Manx countryside who keeps to himself – until Nancy comes along. A free-spirited traveller, she enchants him into a whirlwind romance. But six months later Nancy is missing. William becomes isolated once more, letting the farm slip into disrepair and visited only by lifelong friend Jane. Nancy’s absence causes unspoken tensions, and someone is always watching. Based on The Lost Wife of Ballaleece from Sophia Morrison’s Manx Fairy Tales. 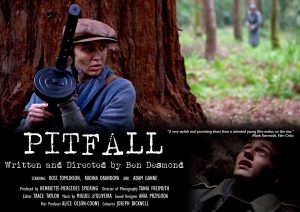 Written and Directed by Ben Desmond

Amidst the horror and chaos of war, two enemies are forced into an unlikely alliance in the battle for survival. The film stars Ross Tomlinson, Radina Drandova and Adam Ganne.

Now a multi-award winning short written and directed by Isle of Man-born writer/director Ben Desmond, this film was also the winner of the Best of the Fest Award at the 2017 Isle of Man Film Festival, prompting our patron Mark Kermode to describe it as: “A very stylish and promising short from a talented young film-maker on the rise.”

After several years as a script supervisor on British features, and five years as part of BAFTA Crew/BFI NETWORK, Ben made his directorial debut with this film. We will also get a preview of his latest short, Cyn – Short Film, a romantic drama about Cynthia Lennon, which is currently touring film festivals worldwide and Ben will reveal his plans about developing his debut feature.