The Isle of Man

The Isle of Man

The Isle of Man is a beautiful place, positioned at the geographical centre of the British Isles: 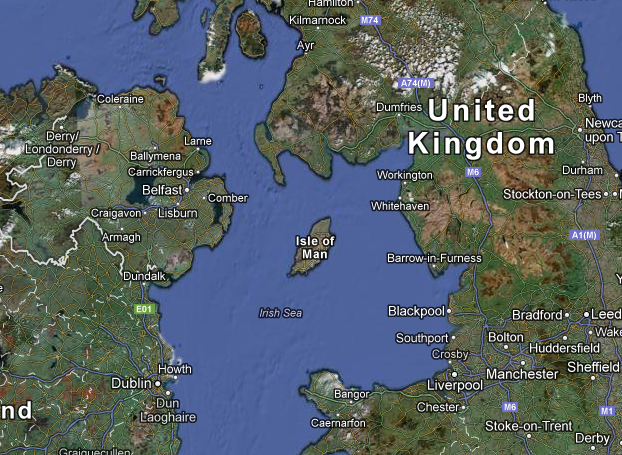 NOT the Isle of Wight

We are a part of the British Isles, but as a ‘Crown Dependency’ we have our own laws, our own money (it’s Sterling, but it’s also Manx – bit like in Scotland) and a fascinating, colourful history. We’ve had Vikings and Druids and Celts – and more recently, Jeremy Clarkson – and we have the longest continuously running Parliament in the world (‘Tynwald’).

We breed fabulous sportspeople (Mark Cavendish is ‘the fastest man on two wheels’, having won twenty-five Tour de France stages for instance, while his protege Peter Kennaugh won a gold medal in the 2012 Olympics), excellent musicians (Davy Knowles is Joe Satriani’s “favorite new young bluesman”) and are the fifth most likely nation to return man to the moon. Amongst other things – like our endless variety of multi-award winning homegrown produce, from queenies to artisan chocolate.

There’s every possible type of location you could think of – plentiful plantations, fairytale glens, desolate beaches, picture-postcard bays, fishing ports, sand dunes, marshland, peaceful nature reserves, small towns, larger towns, countless historical sites (from Castles to Druids Circles) – heck, we even have ONE mountain which, very occasionally, gets snow on it! Check out the gallery of images at the bottom of this page to get an idea.

Of course, we’re known for the TT. Which is a somewhat insane motorbike race around the regular public roads – bumps and bends and walls and all – at speeds of more than 200mph. In fact there’s a critically acclaimed feature documentary made by Isle of Man Film, all about the races, called ‘TT: Closer to the Edge’ which we would recommend whether you’re into bikes or not.

There are also lots of other things we’re known for – Manx Cats (which are born without a tail), Kippers (the original and best!), but we here at IOMFF are into FILM…

There are so many extremely talented creative people on the Isle of Man, from musicians to artists to writers to filmmakers and more. Per capita, this has to be one of the most over-achieving places on the planet when it comes to the arts! And when it comes to film, the passion and energy and creative talent is there in truckloads (did you know, for instance, that ‘Eponine’ in Tom Hooper’s epic “Les Miserables” is played by Manxie Samantha Barks?) We hope our festival will go some way to proving that, to those who come visit us. And we also hope, by opening out to include the International Competition side of the festival this year, that the tiny Isle will become THE place in the British Isles to nurture, inspire and shout about film.

And if you need more visuals to convince you, please check out our own superstar Manxie, free-runner Will Sutton, giving you his own tour of the Island…

For travel packages to the Isle of Man this year, please contact our travel agent partners: