Head on over to our Submit Film page to enter your short masterpieces into IOMFF2014. As suggested, this year we are only accepting shorts (maximum durations are listed next to the categories) but next year we hope to extend this invitation to features. 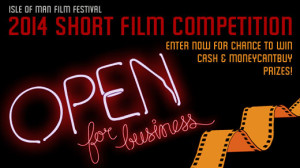 We have the following categories for 2014:

We also have awards for “Best MannIN Shorts Film”, “Most Promising Young Filmmaker” and “Best of the Fest”

Look what you could’ve won..

Our prizes include cash, unique lidl statues and money can’t buy experiences – such as the Pinewood Studios Tour won by Rory Dorling last year. Rory’s film ‘Paper Journey’ won Best of the Fest last year and went on to be officially selected at CineYouth during the 2014 Chicago International Film Festival.

Underwater Slumdog – it could be YOU!

During his visit to Pinewood, Rory was introduced to Ian Tapp (AMPS), BAFTA and Academy Award winner for Slumdog Millionaire. Ian demonstrated to Rory Dolby® Atmos™, a revolutionary new audio technology, at Pinewood’s Powell Theatre. This was followed by a visit to the 007 Stage, Europe’s biggest soundstage at 60,000 square feet to see crew rigging the set builds for Cinderella, Disney’s first-ever live action feature directed by Academy Award®-nominee Kenneth Branagh. Finally Rory visited the Underwater Stage, Europe’s first studio-based underwater filming stage and which was used for some of the incredible underwater shots in mega-blockbuster Skyfall starring Daniel Craig. Rory said about his visit:

“To have the opportunity to see the world’s best studio in action was incredible. To see some of the amazing facilities was inspiring and re-iterates my desire to make it in this competitive industry.”

Opening the door to success? (*groan*…) 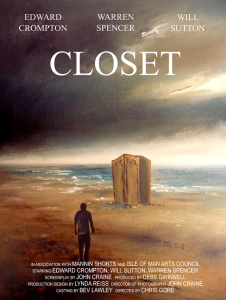 Obviously, we are rather partial to our own dear Ellan Vannin (that’s Manx for ‘Isle of Man’) but there is something very unique about living on an Island. To celebrate this, we are inviting films of any genre that are inspired by or feature aspects of Island life and or it’s people (who, let’s face it, are the best in the world…#BiasedEditor). Last year’s winning entry was ‘Wandering Rocks’, which was made by Edward Crompton and John Craine especially for this category in IOMFF2013. It has since gone on to be accepted into festivals around the world, including the prestigious Sheffield DocFest.Read about it here

You have until July 21st to get your films to us, but remember, the earlier the better!