The extended Isle of Man Film Festival family has just come back out into the light after watching over a hundred short films and shortlisting 15 to screen at the festival in September. Absolutely one of their favourite parts of the process, they are delighted to report that the overall quality of the submissions was wonderful once again and a lot of passionate deliberation went on to make the final decisions over the finalists.

These final 15 have now been passed on to the next round of esteemed judges to make the call on the winners of the categories: Animation, Comedy, Documentary and Fiction. The shortlist will screen to a public audience on Sunday 10th September back-to-back from 10am with many of the filmmakers in attendance. The audience gets to vote for its favourite which will be awarded during the Festival Awards Gala later in the day. Also in the audience will be our patron film reviewer Mark Kermode who will choose his favourite to receive the Best of the Fest prize for 2017.

Thanks to everyone who submitted a film to the Isle of Man Film Festival this year, and congratulations to the following finalists who will screen:

A Happy Medium by Eloise White

A Love Story by Anushka Naanayakkara

Chippy Tea by Will Herbert

In Time by Georgia Williams

Second To None by Vincent Gallagher

The Driving Seat by Phil Lowe

The Residue of a Relationship by Brett Chapman 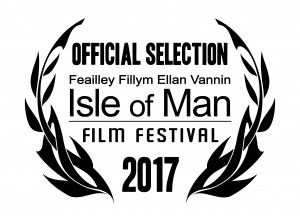