We are thrilled to announce that PokerStars is supporting this year’s Isle of Man Film Festival, joining Laurence Keenan Advocates & Solicitors and Pinewood as main sponsors.

PokerStars is the global leader in online gaming and it has had its headquarters in the Isle of Man since 2005. During the past decade, PokerStars has established itself as one of the biggest supporters of local charities and arts initiatives: for example, they are currently running community film nights at the Erin Arts Centre in the South of the Island.

There is a further film link this year, with PokerStars having made its own documentary through its in-house media production company in London which will soon be released. This film, entitled KidPoker, is about one of the greatest poker players, Daniel Negreanu, and the Isle of Man Film Festival will be watching its progress very closely!

We are so grateful for PokerStars contribution this year and very proud of the association. 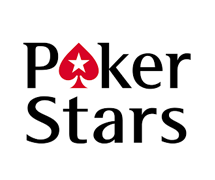