The Isle of Man Film Festival is pleased to announce that it will be running Pitch Fest again this year where filmmakers are invited to pitch their short film idea to a panel of professionals for the chance to win up to £7,500 to make their film.

Pitching will take place at The Claremont Hotel on Douglas Promenade on the Isle of Man on Friday 9th September during the day.

The competition is now open for submissions: we invite filmmakers with a short film idea to send us a screenplay draft and a treatment detailing their plans for the project. Though the filmmaker or filmmaking team need not be Isle of Man based, the film must be shot here. The last date for submission is 8th July and applicants will be shortlisted and notified by 8th August. If successful, filmmakers will be invited to the Isle of Man to pitch in person to a panel of professionals.

Launched in 2015, Pitch Fest attracted both local entries and submissions from abroad. 15 projects were shortlisted and pitched to a panel including Mike Reaney of IOM Film and special-guest director Jim Gillespie. Three projects were chosen to receive match-funding (2 local projects and one from the UK) and all three 2015 Pitch Fest winning films shoot this coming Summer on the Isle of Man.

Shortlisted filmmakers this year will be asked to prepare a 5-minute pitch (2 minutes about the story and 3 minutes about the production). There will then be 5 minutes of questions from the panel. After everyone has pitched, 4-6 projects will be chosen by festival close to move to the next stage, and dependent on delivery, 3 will eventually be awarding match funding of up to £7,500. 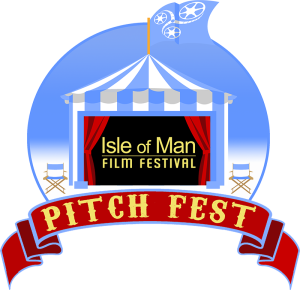 Win cash for your next production!

After successfully launching last festival, Pitch Fest returns for 2016. During this year’s festival, organisers are giving filmmakers the unique opportunity to pitch their short film idea to a panel of experts – which includes representatives from the Pinewood Group and the Isle of Man Government – with the chance to obtain additional funding for their project. Up to three successful candidates’ films will be offered financial support on a match-fund basis, with up to £7,500 available per project from Isle of Man Film*

To apply for a slot on the pitching session, you must submit your short film idea to zoe@isleofmanfilmfestival.com by Friday 8th July. Please also provide your full name, date of birth, and a phone number. A screenplay should be included in your application but does not have to be a final draft.

Please note that space is very limited so not all applicants will be successful in gaining a slot. The chosen project must be shot on the Isle of Man and, although the applicant filmmaker need not be island-based, a portion of the crew must be Manx.

*Full details and terms will be made available to shortlisted applicants. Candidates will be informed if their application has been successful by Monday 8th August.

Pitching will take place on the afternoon of Friday 9th September. You must be available in person on the Isle of Man on this day. Your short film needs to be shot and edited (though not final) so it can be screened at IOMFF 2017.