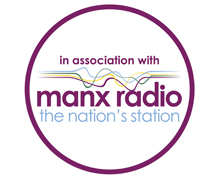 The Isle of Man Film Festival is delighted to announce their media partnership with national station Manx Radio for 2016.

Manx Radio is making this year’s festival one of their association programmes and will support the event with its full range of commercial, broadcast, online and social media facilities.

In recent years, Manx Radio has really developed their association programme into more than just commercial airtime and promotion of events around the island. They will work closely with the film festival to improve and secure success of the event.

With the facilities and team they have available at Manx Radio for interviews, outside broadcasts, online web features and audio, plus their social media feeds, they have the flexibility and reach to help make this year – the festival’s fifth – its best yet!

“We are thrilled to have Manx Radio on board as our media partner. In the interest of building local interest in the festival, there really is no better way to do this than to engage the community through the nation’s station.”