Our panel of judges chose the following films for each category of our IOMFF2015 International Shorts Competition: 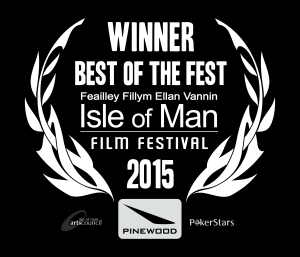 Congratulations to the following films, which won awards in their various categories and especially to triple-winners Billy The Kid, a fabulous short highlighting the all too common issue of bullying in a sensitive, quirky and often hilarious way.

Best Fiction: “Me & You”
Best Comedy: “Billy The Kid”
Best Documentary: “Sarah”
Best Animation: “The Looking Planet”
Kermode’s Special Commendation: “He & She”
Best of the Fest (judged by Mark Kermode): “Billy The Kid”

And the Audience Vote Award was a landslide victory for “Billy The Kid”, proving our judges were very much in tune with our audience and rounding off the filmmakers’ festival weekend very nicely indeed!