New to 2016, the Isle of Man Film Festival is excited to screen films throughout festival week with the support of Manx National Heritage.

The 200-seat Manx Museum lecture theatre is the venue for an interesting and diverse programme of both feature and short presentations that will run from 10am to 5pm on Monday 5th to Friday 9th September.

Free to attend, we hope the programme offers something for everyone…

Monday 5th September is “IOM Film Day” – the Isle of Man has been involved in over 100 productions since the birth of the industry here in 1995: on this day we screen three family favourites:
10am – Waking Ned (1997 comedy drama starring James Nesbitt about two life long friends who have a talent for getting into mischief in their sleepy Irish village)
Noon – Miss Potter (Renee Zellweger and Ewan McGregor star in this 2006 film about Beatrix Potter and her struggle to become a published author)
2pm – The Decoy Bride (comedy drama starring Kelly Macdonald and David Tennant about a local girl on a remote Scottish island who is hired as a decoy bride to keep the paparazzi at bay)
4pm – Cancer Hair (the Isle of Man Film Festival’s 2014 short film competition Best of the Fest winner about a young woman in remission from cancer who goes on a date.

Tuesday 6th September is “Children’s Day” – while the kids are still off school, we wanted to offer families a special day dedicated to some of our favourite child-friendly films:
10am – 5 Children & It (children staying in their eccentric uncle’s labyrinthine mansion for protection during World War 1 befriend a sand fairy who has the power to grant wishes)
Noon – Brave (in this Pixar animated comedy, determined to make her own path in life, Princess Merida defies a custom that brings chaos to her kingdom)
2pm – Mary Poppins (Mark Kermode’s favourite film about a magic nanny who comes to work for a cold banker’s family is “perfect in every way”)
4.30pm – Billy the Kid (the Isle of Man Film Festival’s 2015 short film competition Best of the Fest winner about a young wannabe cowboy who dreams one day he’ll save the day)

Wednesday 7th September is “Pinewood Day” – since 2011, iconic film studio Pinewood has partnered with Isle of Man Film and today we show some of the highlights of the last 5 years:
10am – TT3D Closer to the Edge (feature documentary that discovers why modern TT riders still risk their lives to win the world’s most dangerous race)
Noon – Belle (2013 movie about a mixed race daughter of a Royal Navy Admiral raised by her aristocratic great-uncle in 18th century England)
2pm – The Christmas Candle (when a progressive young minister arrives in the little village of Gladbury, the villagers discover a new formula for miracles – good deeds and acts of kindness)
4pm – A selection of short films produced through the Mannin Shorts filmmaking scheme.

Thursday 8th September is “Celtic Day” – today we showcase the Isle of Man’s proud creative heritage alongside its fellow Celtic countries Scotland and Ireland:
10am – Island Bound (music documentary presented by proud Manxie Davy Knowles, discovers how the Celtic music of his homeland has influenced culture far beyond its shores)
Noon – A selection of “Island Life” short films (previous IOMFF favourites plus some shorts we have been gifted by our friends at Shetland Arts)
1pm – Atlantic (narrated by Emmy Award Winner Brendan Gleeson, this Irish documentary follows the fortunes of three fishing communities)
3-5pm – A special screening session of this year’s shortlisted films in the Best Manx Film category with filmmakers in attendance, followed by Q&A

Friday 9th September is “Documentary Day” – the IOMFF has always championed the documentary genre and today we showcase some projects close to our (and our sponsor’s) hearts:
10am – The Watchmaker’s Apprentice (the inspirational story of two world class watchmakers – Dr. George Daniels and Roger W Smith)
Noon – The University (Chris Stott is a Manx-born space entrepreneur who has produced this fascinating film about the space university at NASA)
2pm – KidPoker (the story of Daniel Negreanu, one of the greatest poker players in the world, produced by one of our main sponsors – PokerStars)

Please pop down and join us at some point during the week. For more information, please check out the schedule on the Manx National Heritage website at www.manxnationalheritage.im/whats-on/iomff. 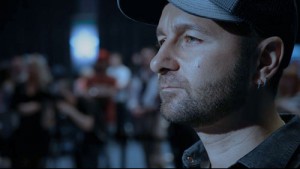 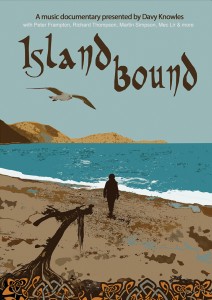 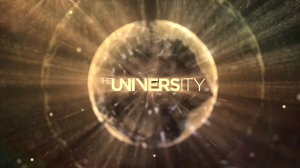 And our winners are..