We’re so excited to announce that one of main events of this September’s festival will be an outdoor screening of ROBIN HOOD PRINCE OF THIEVES within the walls of the stunning heritage site of Castle Rushen.

On the evening of Friday 9th September, the Isle of Man Film Festival – in partnership with Manx National Heritage and Events Lighting Services (ELS) – will screen the classic 1991 movie starring Kevin Costner, Morgan Freeman, Christian Slater and plenty more famous faces including one of favourite actors here at IOMFF – Alan Rickman – who we’re screening the film in memory of.

New partner for 2016, Manx National Heritage have graciously allowed us to use one of the most iconic of all the Island’s heritage sites. Castle Rushen was built around the time of the legend of Robin Hood so it’s a fitting location in which to screen the film.

We’re looking forward to working alongside IOM-based design studio, Interior Rehab, so we can capture the appropriate atmosphere, and we will be inviting Manx food and drink pop-up outlets to join the event and serve refreshments alongside our screening area.

News of the this year’s outdoor screening was revealed today on our latest Manx Radio podcast: http://www.manxradio.com/on-air/podcasts/isle-of-man-film-festival-2016-634446/ 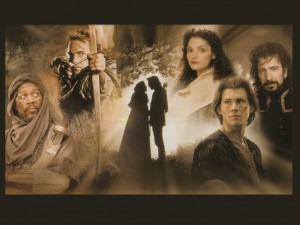