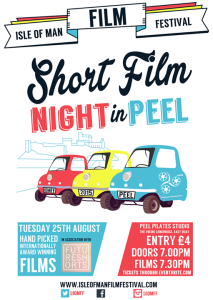 Our mini pre-fest short film tour headed to Peel. People came, watched and chatted about unusual, thought provoking films in a unique and beautiful setting. We screened a brand new reel from the brilliant Future Shorts 2015 summer season, along with one of the films that was entered into our 2015 Short Film Competition.

Artist Roger Dean is best known for his iconic album artwork for Yes, Asia, Uriah Heep, Symphonic Pink Floyd and others. He also designed worlds, characters and imagery for games companies Psygnosis and Tetris. His incredible landscapes lead the viewer into epic fantasy worlds and lend themselves perfectly to the moving image. It’s widely agreed – even admitted by James Cameron in interview – that “Avatar” borrowed strongly from Dean’s work to create the world for the blockbuster movie. 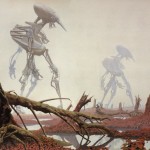 For decades, Roger’s fans have asked the question ‘When can we go to these worlds?’.  Now, with the development of film and immersive virtual reality projects, those fans may soon get the answer they’re looking for.. In recent years Roger has been working on screenplays and stories alongside professionals from the film and gaming industries, to turn his paintings, stories and worlds into fully 3-Dimensional environments. During this very special evening, guests had the opportunity to hear Roger discuss his work first hand in the intimate and creative setting of NOA Bakehouse, touching on every aspect of media from fine art to game and film, highlighting how they can and do compliment each other and giving insight into new frontiers of  his art and imagination. 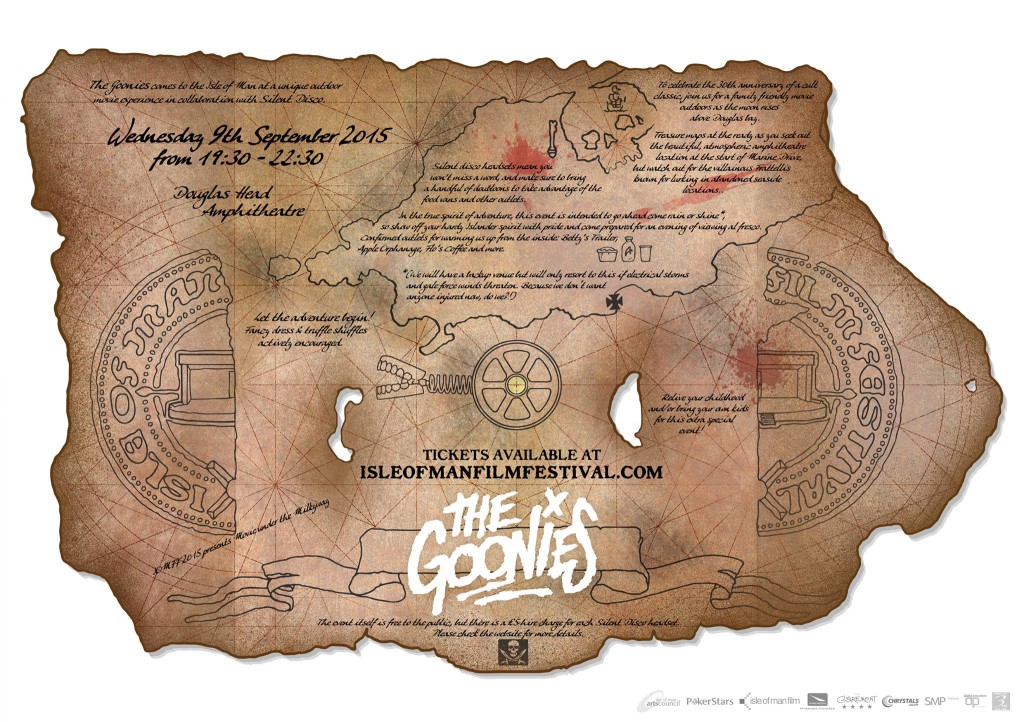 “Heyyyy You Guyyyyyys!” THE GOONIES came to the Isle of Man, at a unique outdoor movie experience in collaboration with Silent Disco. To celebrate the 30th anniversary of a cult classic, we invited people to join us for a family-friendly movie outdoors as the moon rose above Douglas bay.

A programme of internationally acclaimed short films curated by the distribution network’s founder, Manxman in exile, Fabien Riggall were screened simultaneously around the Island. Discussion was encouraged and once again, the night proved to be one of our most popular nights and sell out in advance. 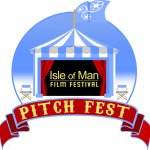 The film fest team were delighted to announce this new event for IOMFF15. Getting films into production can be an initial challenge for budding screenwriters, and so to offer a helping hand, shortlisted entrants were given the chance to pitch their unique projects in person to our panel of film-industry professionals, with the opportunity to win funding towards transforming their ideas into reality. Production will take place on the Isle of Man, encouraging and providing opportunities for local and international talent both on and off screen.

This was an exclusive opportunity to see this Pinewood Pictures film, made in the Isle of Man in 2014. Director Jim Gillespie (dir: I Know What You Did Last Summer) was there to introduce it, and there was an opportunity to discuss the film with him after the screening. 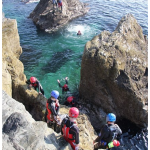 This was an opportunity for special IOMFF guests, filmmakers and a few lucky local students to find out what the Take Down cast and crew experienced. Keirron Tastagh, who ran a boot camp for the cast in advance of the production and also looked after health and safety, led a small group Coasteering around the Island’s beautiful scenery, taking in film locations. 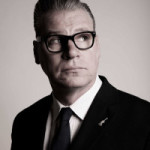 IOMFF supporter, Observer Film Critic and co-presenter of BBC Radio 5 Live’s Kermode and Mayo’s Film Review to interview the British screen and theatre legend live on stage at the Gaiety Theatre, before we screened one of Sir John’s iconic movies. Could we ask for more?? 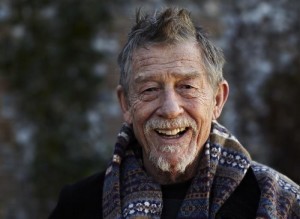 All the shortlisted films were shown during the morning at this free screening, with the audience having the opportunity to take part in the Audience Vote Awards (the winner of which was announced in the Awards Ceremony later the same day).

Sunday 13th September evening
Awards hosted by Mark Kermode at the Broadway Cinema.   Mark presented the winners in each category (Comedy, Fiction, Documentary, Animation, the audience award and his own ‘Best of the Fest’) with the IOMFF 2015 awards. Several short films made on the Island during 2015 also had their first official screening.