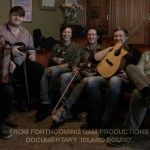 Made for Island of Culture 2014, the feature length documentary is being produced by DAM Productions, kindly supported by Island of Culture and Poker Stars. It charts Davy‘s quest to investigate his musical roots, tracing the history and following the journey of Manx ‘traditional’ music to and from the Island, speaking with and learning from local musicians and also interviewing some of his peers (Martin Simpson, Peter Frampton, Richard Thompson) about their own musical roots. Davy also traces the music as far as the mountains of Appalachia in the heart of Tennessee where he interviews some of the musicians who still play Celtic music out there today, before heading over to Nashville to see how music from this side of the world has travelled and morphed over the years and remains alive today. This event screened the first clips from the film, with Davy and the filmmakers discussing the experience. Davy and his band also played a set after the screening. 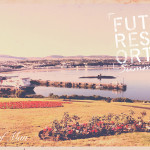 One of the most popular and enjoyable events of IOMFF2013 returned to sreen the Future Shorts* Festival Summer Season – 8 classic, cult and award winning short films – at the same time on the same night in boutique cinemas around the Island, encouraging discussion and debate and a whole lot of fun!  (*Fun Film Fact – Future Shorts is the largest short film distribution network in the world – all set up by Manxman Fabien Riggall!) 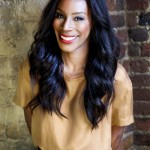 This was a REAL coup for us! We were absolutely thrilled that Pinewood Pictures, Isle of Man Film and BAFTA winning Director Amma herself agreed to allow this special Q&A screening of their stunning feature. The film, which was shot partly on the Isle of Man in 2013, was introduced by Mark Kermode, who called it: “powerful, moving and gently subversive…(an) emotionally engaging drama that smartly examines issues of race, class and gender while leaving nary a dry eye in the house.” After the screening, Mark led a Q&A with Asante, who received the 2005 BAFTA Carl Foreman Award for Special Achievement by a Writer/Director in a debut film and on the same night, won the FIPRESCI (International Federation of Film Critics) prize for Best Feature Film. She is one of Variety’s “10 directors to watch”. This was a night not to be missed, with some of the industry’s most exciting new talent screening one of this year’s Must See Movies. 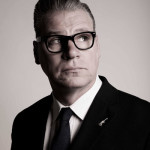 The first part of this special night saw the Observer’s Chief Film Critic giving an entertaining review of his favourite films and his life as a reviewer, followed by a special performance by the band Mark plays with, The Dodge Brothers, accompanying a screening of a classic silent movie: “Never has a film and a band been more perfectly matched than ‘Beggars of Life’ and the Dodge Brothers – deep dish Americana, rail-riding hoboes and Louise Brooks – they were made for each other.” – Bryony Dixon, curator of silent film, British Film Institute. 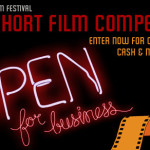 Ahead of the Awards Ceremony later the same day, we screened all of the shortlisted films back-to-back from our 2014 International Short Film Competition. After the screening, audience members had the chance to cast their vote as to which films they felt deserved recognition – these votes were counted and went towards the ‘People’s Choice’ Audience Award, which was presented at the Awards Ceremony in the afternoon. 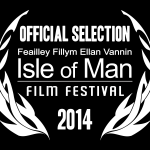 We screened the winning films from our International Short Film Competition and Mark Kermode presented the awards, including the Best of the Festival. We also celebrated homegrown talent by premiering the MannIN Shorts productions filmed this year (“Muck”, “Breathless” and “Battle of Ronaldsway”) giving our filmmaking community the chance to see themselves – or their crewing handiwork – on the big screen for the first time!